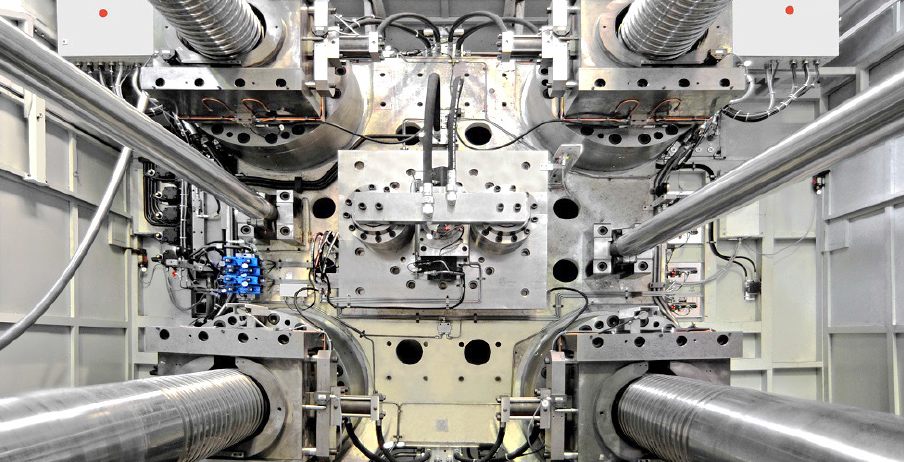 The TF 2800 High Pressure Die Casting (HPDC) machines, to be installed at Jiangzhong’s facility in Jiangsu Province later this year, reflect the focus of Nantong Jiangzhong on toggle free two platen technology as the future of modern die casting on which IPG has very long experience.

Jiangzhong has also purchased a Westomat 2300S dosing furnace from StrikoWestofen to integrate seamlessly with the machine as part of a complete, automated solution. This follows the purchase of 2 Westomat furnaces last year.

Westomat furnaces are designed to be considerably more economical in terms of metal loss and energy usage in comparison to automatic ladle systems using a holding furnace. In addition to reducing operating costs, this supports more sustainable production by minimising waste and energy consumption – an increasingly important requirements end customers expect from their cast metal suppliers.

Why ‘toggle free’ is the future for Jiangzhong
In contrast to toggle-based designs, ItalPresseGauss’s TF (toggle-free) range of high-pressure die-casting machines offer a smaller machine footprint, greater rigidity and fewer wear parts for improved reliability and performance. A combination which suits Jiangzhong’s needs perfectly and also delivers machines with lower environmental impacts in their production cycle*.

Mr Xu Yinglong, Chairman of Jiangzhong, commented: “We’ve been working with ItalPresseGauss for over 15 years now. Their HPDC machines have always delivered consistent performance and the high output levels so vital to our productivity. “These lean and highly efficient TF machines don’t simply deliver extra working capacity. They give us flexibility. With larger cast parts becoming an increasing focus of production, the two new machines - plus the TF5700 - mean we have an incredibly adaptable casting facility equipped with the range of clamping forces necessary to accommodate the needs of an evolving marketplace.

Service support key to increased capacity
Taking the total number of die casting machines in operation at the Jiangsu facility to ten, Jiangzhong anticipates being able to cast approximately 1.2million sets of elevator parts per year. The increased capacity will also help Jianzhong further expand its research and development activity, and the production of super large parts for automotive. The new machines will be installed and serviced by ItalPresseGauss’ support team based in Changzhou China.

Mr Xu Yinglong, Chairman of Jiangzhong, added: “When selecting which equipment manufacturers to work with, we don’t just look at the technology. We look at the level and quality of service support at our disposal. With ItalPresseGauss, we know from experience that the right expert is always ready to help – for a business like ours looking to boost capacity and satisfy a rapidly growing order book, this is vital.”